Rolling Stone hailed his musical perspective as “Drinks-in-the-air Nineties country at an Alabama vs. Auburn tailgate,” and that is just the type of energy fans have come to expect from Riley Green. Raised on the sounds of traditional Country, Bluegrass, and Southern Gospel music, the Jacksonville, AL native learned the spirit of songwriting and performing at a young age while spending time with his grandfather, Bufford Green, who ran the Golden Saw Music Hall. That stage laid a foundation for the songs Riley would craft in the years to come and values learned from another generation, including the PLATINUM certified “I Wish Grandpas Never Died,” which he shares co-writing credits posthumously alongside his two grandfathers and People praised “might take him to a whole new stratosphere.

MusicRow praised his “great country vocal, honest presentation and true-to-life lyrics,” which are evident on his debut album DIFFERENT ‘ROUND HERE (BMLG Records) featuring the PLATINUM-certified hit No. 1 “There Was This Girl.”

His BEHIND THE BAR collection with fan-favorite “If It Wasn’t For Trucks” and WE OUT HERE: LIVE followed as the 2020 ACM Awards New Male Artist of the Year has “brought country back to its roots: the blue collar sounds for the working man, by the working man” (Whiskey Riff).

Named a CMT “Listen Up Artist,” Riley was also voted as one of the CRS 2020 New Faces and earned MusicRow’s Breakout Artist of the Year.

In addition to his own headline dates, Riley is heading to Canada with Luke Combs this Fall. He has previously hit the road with Jason Aldean, Brad Paisley, Jon Pardi and Dierks Bentley.

Text COUNTRY to 49798 for concert updates.

Wear your Cotillion merch and jump to the front of the GA line.

A limited number of table reservations are available by calling 316-722-4201 or in person at The Cotillion.

Coat check is open during events to check your coats, hats, merch and more. Coat check is located next to merch by the front doors. All sales are final. No exchanges or refunds unless a show is cancelled or postponed. 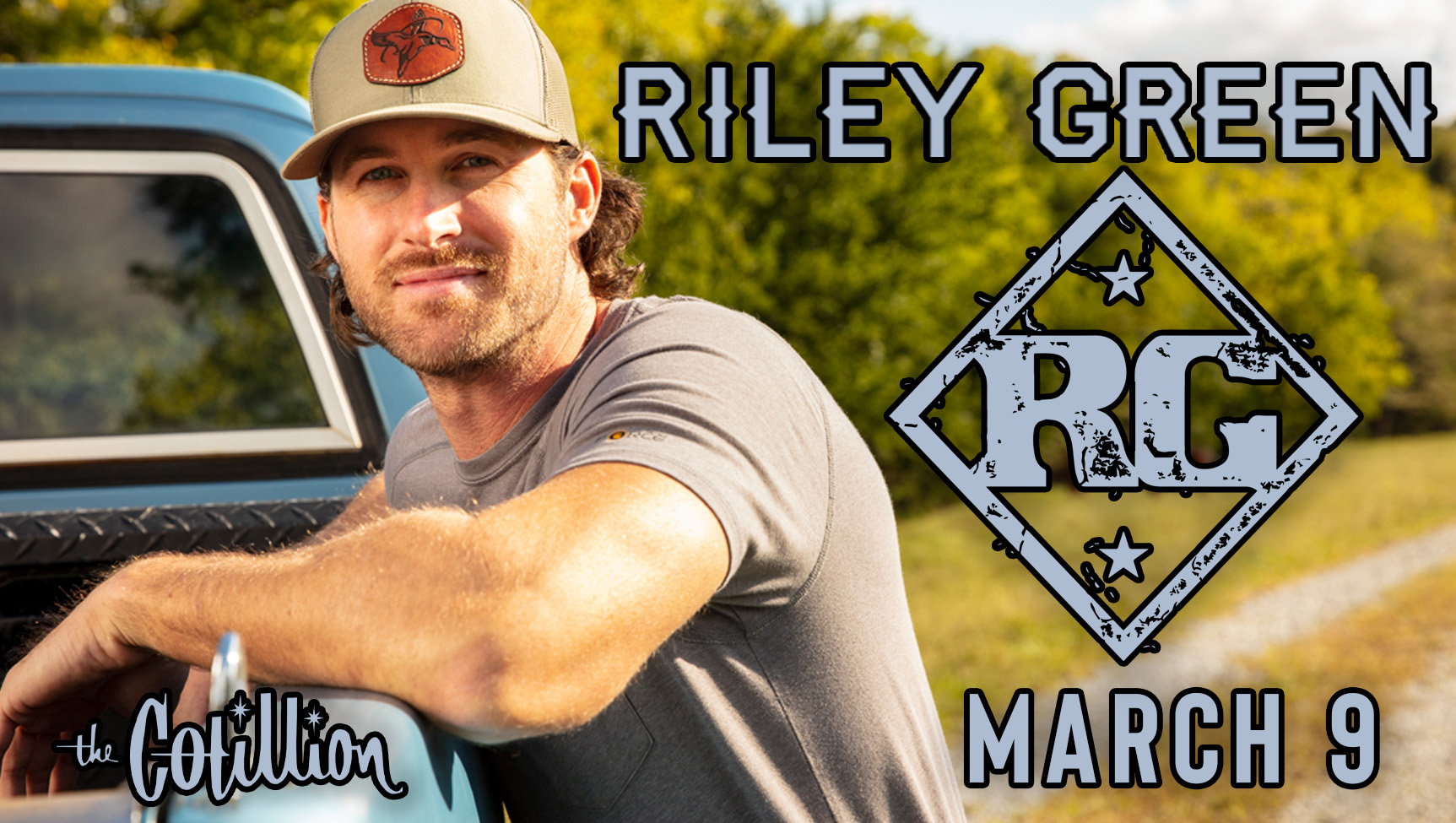